Today I wanted to share another work holding method that’s as simple as it is effective (the best ones always are) and is suited only to those who’ve broken the fear of scathing their bench.
‘The Bench Knife’ is an old method certainly used for holding lengths at the sticking board, and it’s a method which was introduced to me by Richard Arnold.

Arnold is my kind of craftsman. He’s a professional joiner with a keen enthusiasm for old methods and old tools. He doesn’t know it yet but there’s a window that has pride of place in our main barn in dire need of replacement, and once we’re ready it’ll be Richard who we’ll be asking to re-make it.

If you’ve met Arnold or followed through his Facebook or Instagram then you may already be well familiar with the bench knife. He’s very keen to share for the benefit of others.

Since the best explanations come from those with the most experience I asked Richard Arnold a while ago if he’d like to write about this one in his own words, and what follows is his article.

Whatever Happened To The Humble Joiner’s Bench Knife?

Researching pre industrial woodworking techniques sometimes throws up more questions than answers, and while recently contemplating how to reproduce an authentic British joiner’s bench as used between a period from approximately 1750 to 1850, I realised that there was a lack of evidence to support the theory that the now popular forged iron bench holdfast was in common use during this period.

The iron holdfast that has become a common feature in modern workshops was widely used in France, and possibly elsewhere on the continent, but I could find no documented evidence of their use in Britain during this period. Joseph Moxon gives a good description of the holdfast in his Mechanical Exercises in 1678, but after this it appears to vanish from British workshops. It would appear from the limited amount of paintings and illustrations in the time scale we are looking in, that the common form of bench in use was probably what has become to be known as the Nicholson style bench. With its thinner bench top and deep aprons, the iron holdfast seems inappropriate, so this leads us to question what were joiners using to fix the work piece firmly to the bench top? 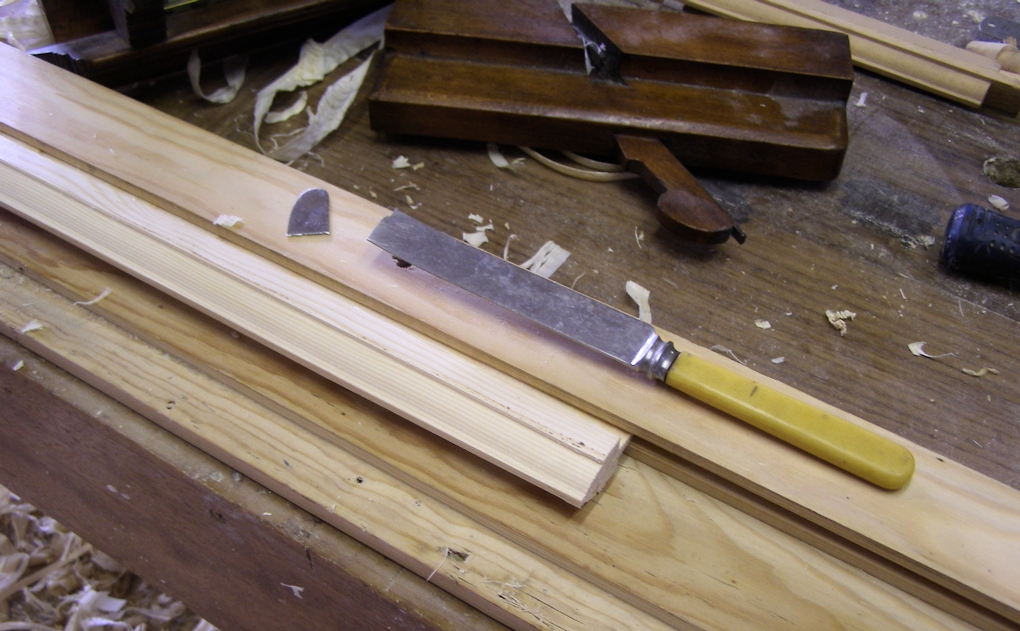 It is at this point in our research that what may be a much used, but long forgotten tool enters this tale. The humble bench knife is a tool that seems to have got lost somewhere in our woodworking past.

What is a bench knife I hear you ask?
Well quite simply it is a thin piece of steel approximately ¾”x 1 ½” long, and was apparently often made out of the broken end of an old table knife, but I would imagine old pieces of hand saw blades would have been employed as well. The blade is sharpened at one end, and is simply driven into the edge of the work piece and the bench top to secure one end while the other is held against a bench stop or other fixed point. 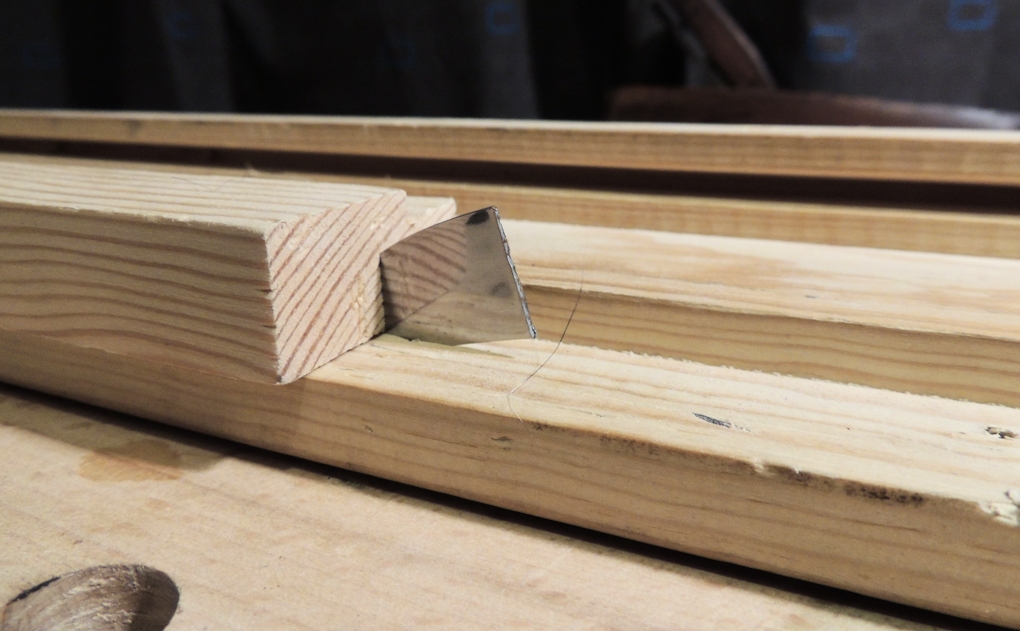 Documentary evidence of the use of this simple tool is sparse, but two examples known to me are ‘The Village Carpenter’ by Walter Rose, and ‘Doormaking and Window-Making’ recently republished by Lost Art Press.
In both examples the authors make mention of the bench knife in conjunction with another near forgotten tool, the sticking board. Walter Rose wrote of the sticking board, “It is still with me, bearing the marks of ancient usage- the scores left by countless bench knives- a relic of old time craft, to old-time joiners familiar, to the present generation a curiosity“. The anonymous author of ‘Doormaking and Window-Making’ wrote, “The back end being held tightly on the board with a “bench knife”. This is simply a small piece of an ordinary table knife, and is driven into the board and bar so that it is below the surface, and will not injure the planes“.

Having observed quite a number of surviving British benches, I am always struck by the amount of scars that appear on their well-worn tops. I have come to the conclusion that the bench knife was not only used in conjunction with the sticking board, but also directly into the bench top itself. We have to remember that back then bench tops were commonly made of soft redwood which would easily accept the bench knife, and that tradesmen of old viewed their bench in a different light to modern craftsmen who make their benches out of beautiful hardwoods and fear to leave the merest scratch upon their polished surfaces!

I do not expect there to be a great revival in the use of the bench knife, but hopefully it will not be completely lost in the mists of time, and I for one will be making my next bench with a softwood top, and will not shy away from using the humble bench knife. – Richard Arnold. 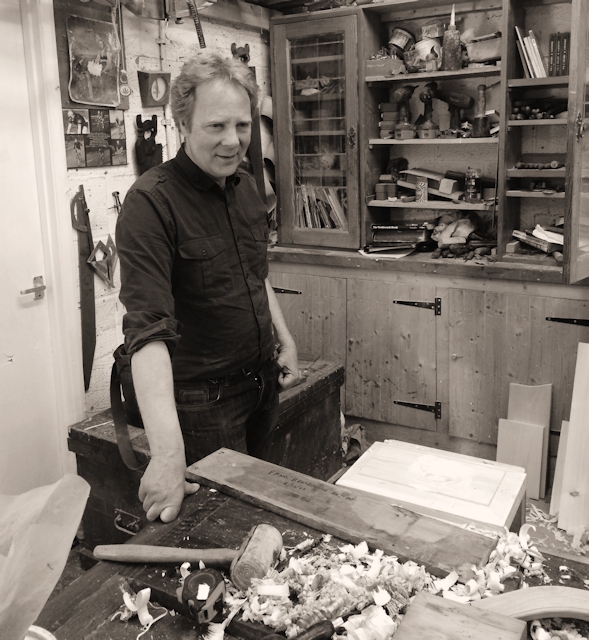 Article & photos by Richard Arnold.
Richard is on Facebook & Instagram.
He has a fantastic tool collection, some wonderful ideas and is definitely worth chatting to, so whichever of the above you use, go stalk him.