A planing sleeve is a work holding method for things such as assembled drawers and open carcases, so you can plane or work on the outside faces.

These are enormously handy when the carcase is too big for your vice, and knocking one up is as easy as fixing a couple of battens to your bench top, using holdfasts or clamps…or nails. The battens are positioned to overhang the front of the bench and are set apart so your carcase can just slide over them. A small board can also be used if you have one the right size.

This is my go to method whenever I’m planing a large drawer, and is what I used to hold the small carcase of our spoon rack in our video series. 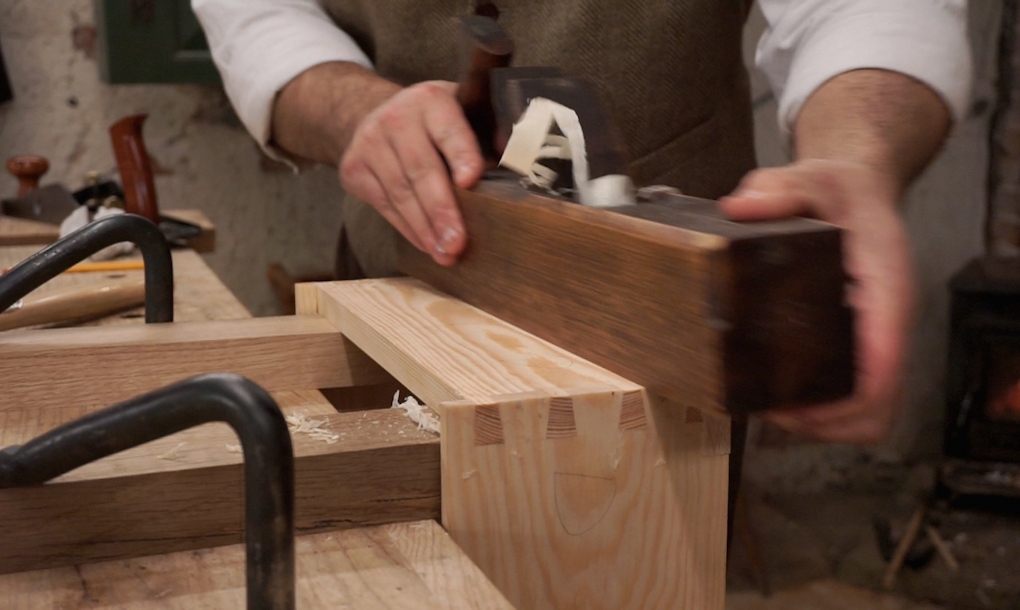 But have you ever considered a built in planing sleeve? These would permanently overhang at the tail end of the bench.
For large carcases the French bench is already a natural sleeve (if you haven’t got a cumbersome tail vice) and if you’re building a bench this gives you a good reason to go with one that’s nice and narrow to allow more carcases to slide over it. 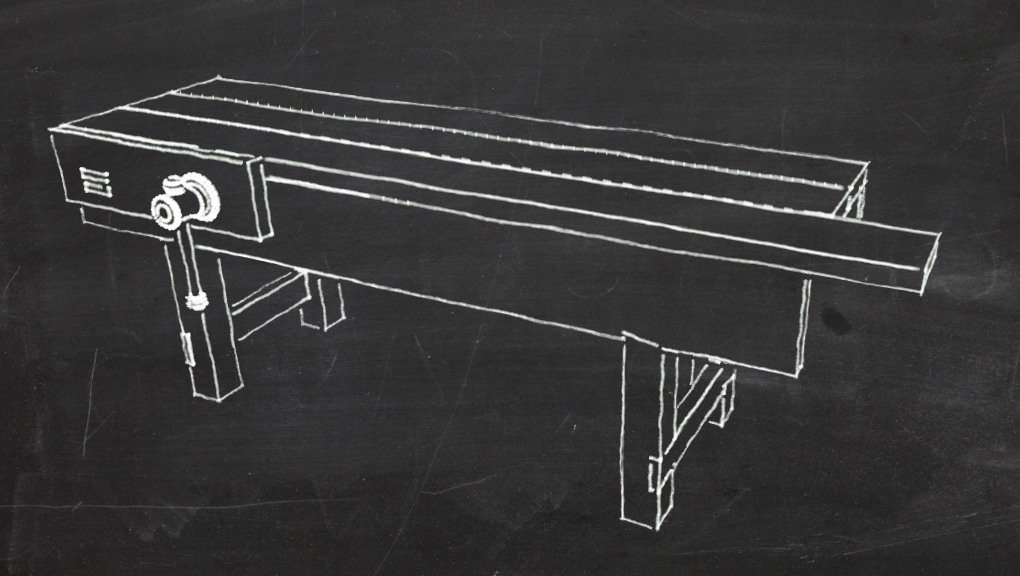 A smaller sleeve can be built in to a bench top by simply leaving the front section of the top overhanging the end (as shown in the drawing). This makes a practical solution on an English style bench and would be smashing if you build alot of drawers, it also comes in for other things but we’ll go over those another time.
It’s something I heavily considered on my own English bench but decided against as I opted to maximise the length of the bench instead ( a full 12′ long), and the two batton method works so well anyway that I’d rather have the 12 foot bragging rights.

My next bench will have one though.

« Arnold and The Bench Knife
Giving Birth To A Cow »