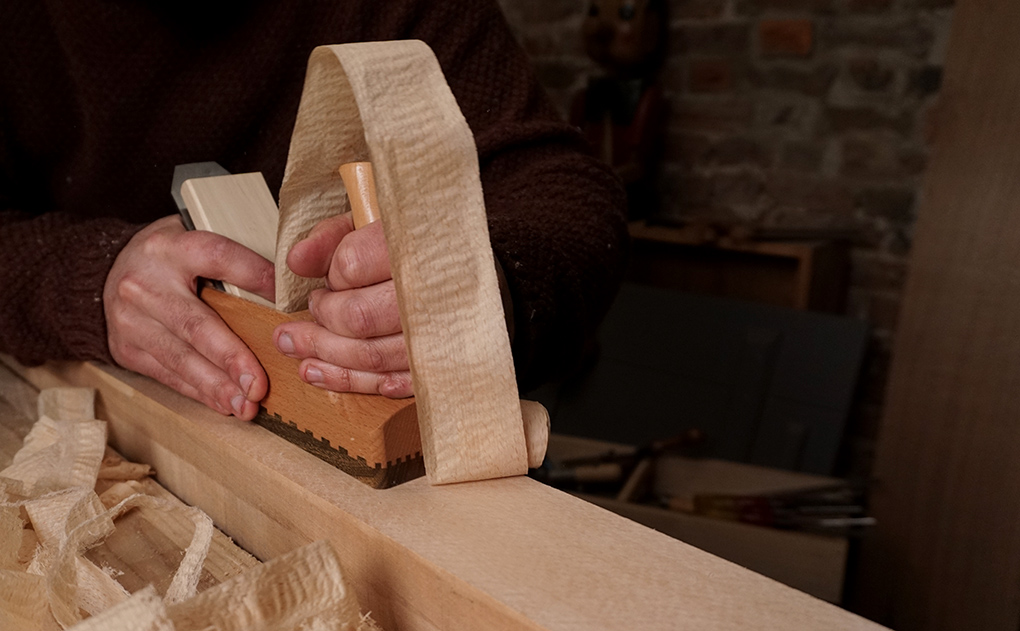 We don’t do many reviews. That’s because I’m human and that makes me biased. But sometimes, something comes along that’s quite special, it’s then that I find it hard to shut up.

I discovered this hand plane when looking at commercially made frame saw blades for some future planned…plan? I ended up at fine-tools.com. It was 60 ish quid for a double iron wooden plane. I didn’t expect much!

When it turned up I quickly got rather excited. The plane looked and felt good, and there were sweets in the box. (I love the Germans). I set the plane, and out the box it took a shaving…

The build quality is very good, not in a Holtey or a Sparks kind of way. More donkey, well built working grade. The body is beech with a lignumvagina (or whatever) sole, that isn’t just glued on but has some weird double finger joint just in case. You could also have a hornbeam sole for a few bob less. 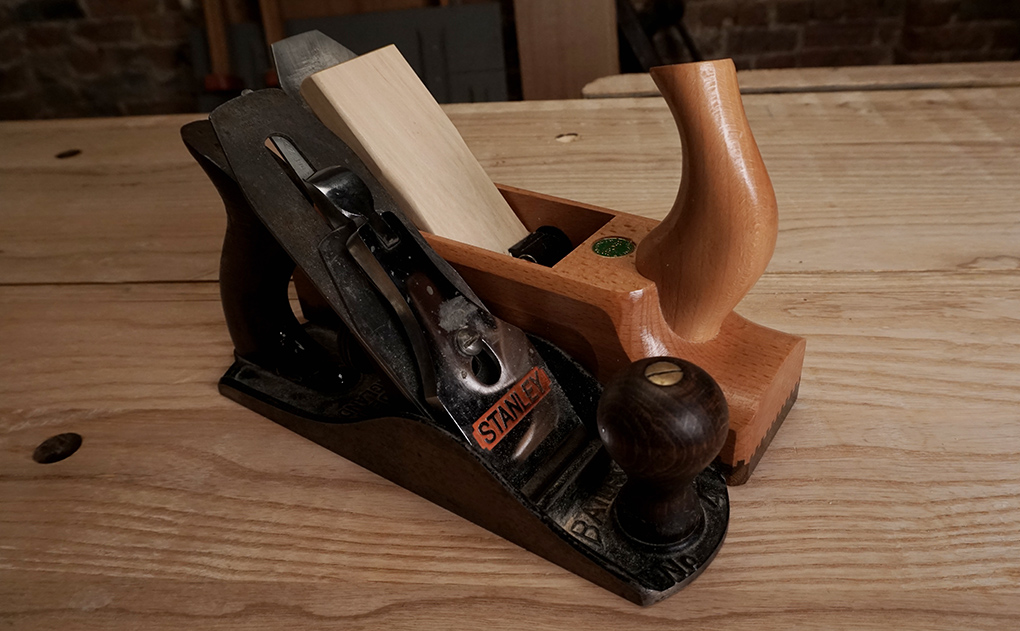 The sole had a slight hump around the mouth. It didn’t effect much and took less than a minute to wear flat on a diamond plate.
The iron held an edge for noticeably longer than my Stanley’s, and sharpens about as easily, and back prepping was minimal although I imagine that to vary.

The cap iron was a fuss free job, although due to the rather large amount of tension it applied, it makes it a tad more awkward to position, but an easy fix. Still prefer the Stanley cap. 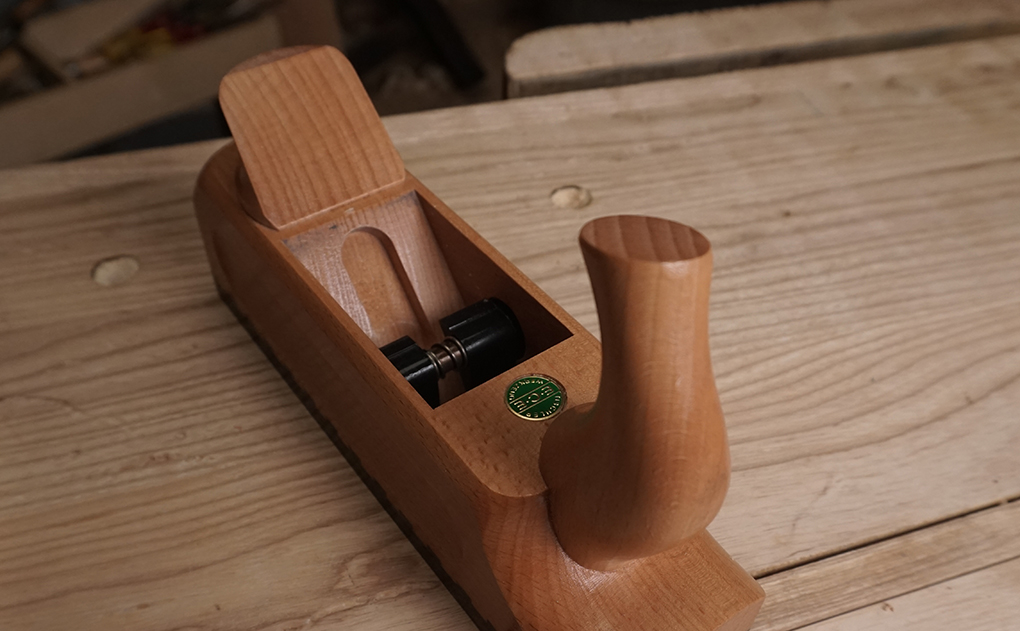 The most interesting thing is how the blade is held in the ECE hand plane. It’s not a traditional mortice, but instead their own take on the cross pin, and it works very well.
I should be shot in the knee for thinking, let along saying this, but I think I prefer ECE’s cross pin to the traditional mortice… I suppose time will tell.
It holds the iron superbly without much force, which means adjustments are quite predictable. The wedge also doesn’t self release when carelessly backing off the cut.

I’ve been using this plane for a few months now, maybe more (what month are we in?) and I have to say, this is a truly excellent hand plane. If you’re wanting to get into wooden planes or get going on the cheap without going down the usual ebay route then it’s a no brainer.
If you’re buying as a jack of all planes then I would buy the plane they label as their jack plane. The ECE jack and smoothing plane are both the same length (edit: the smoother is actually a tad shorter). The only difference is that the irons are bedded at a different angle. The smoother is bedded at 50 degrees which is too high for general use.
Either sole material will be fine. I didn’t find any noticeable reduction in friction compared to my usual woodies for having the lignum one.

This plane solves a huge problem for me, which is recommending good cost effective planes. The firm has been going years, yet they’re still a mainstream hidden gem. The plane isn’t just good for its money, it’s bloody good full stop.

Right then… I’m off to try and seduce Helen and see if she will let me have the jointer.

If You’re Getting Started With Hand Planes, Learn About Your Options & Different Types Of Planes Here (VIDEO).

Disclaimer – it feels necessary to add that everything here is my own opinion, and the tool was purchased at full price. We don’t even contact businesses to let them know we’re writing about a product and never accept payments for reviews. This website is fully self supported.
I’ve yet to use one of the ECE planes with the blade adjuster so I can’t comment on those yet, but I expect I will give one a try and report back. The plane I have here is the standard ECE German Jack plane, available from fine-tools.com, or Highland Woodworking if you’re in the States. 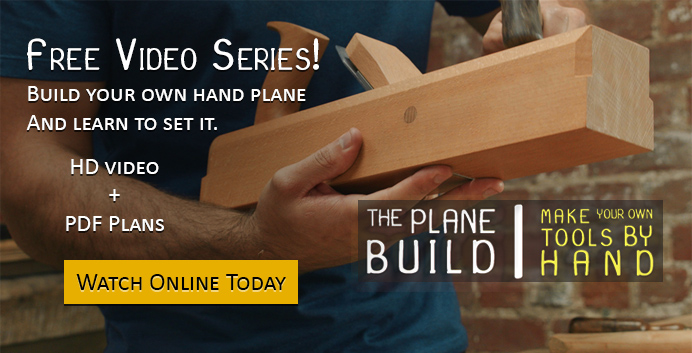 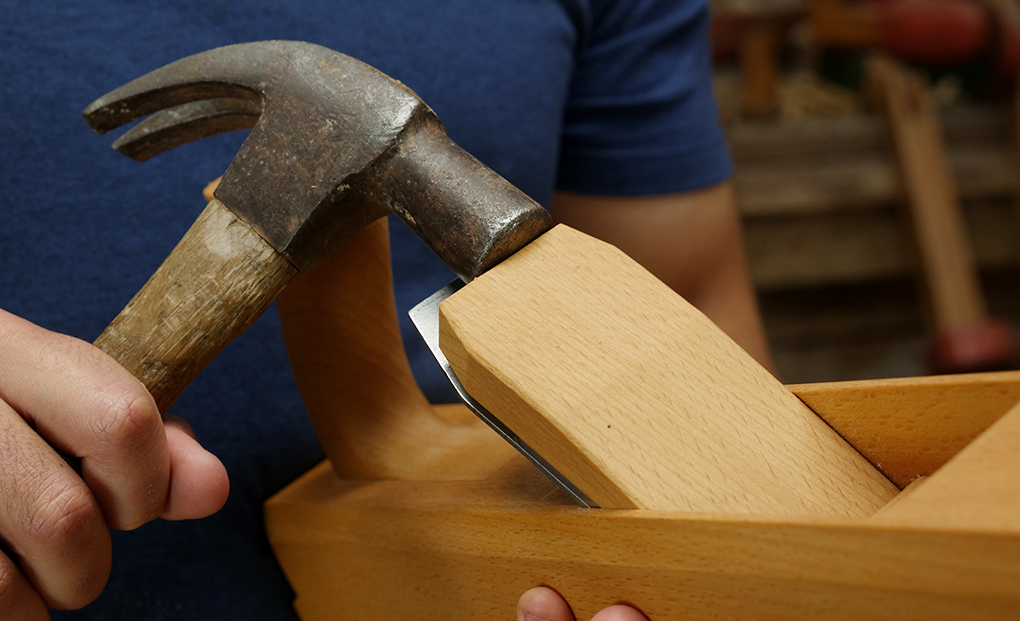