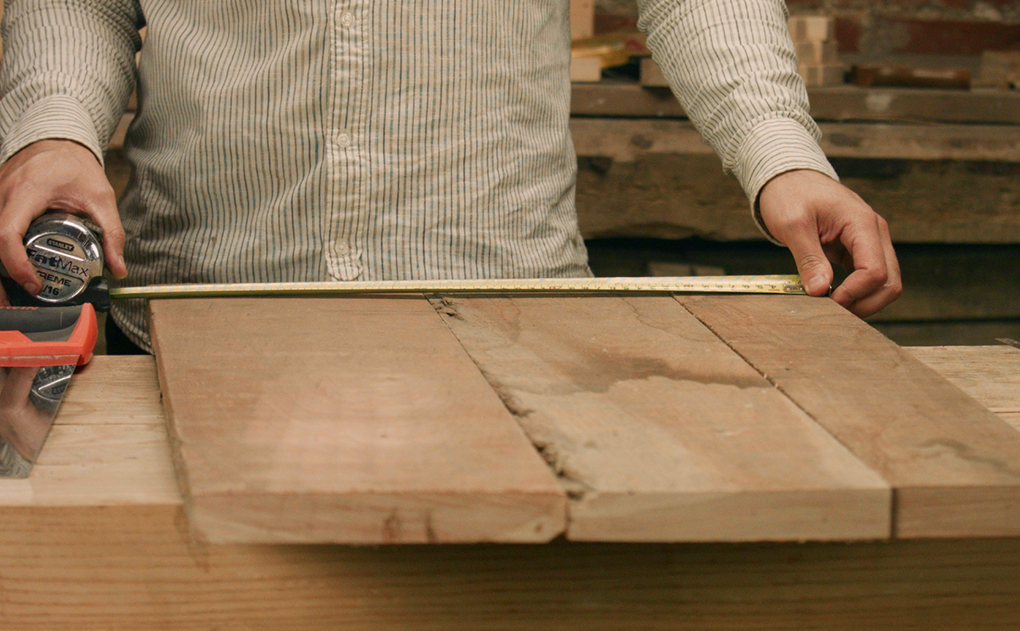 Gluing up can be a frantic time.
And if you’re like me, it’ll be messy too.

But how much should we be planning ahead, before we get it all stuck together?

When we glued up the top for our Hall Table build, we received a few questions on this topic.

They were good queries, pondering over grain direction and alternating growth rings.

So I thought we’d cover this in a little bit of detail.

The text book thoughts on this:
– Always alternate the growth rings on consecutive boards (for stability).
– Try to ensure the grain runs in the same direction throughout a glued board (for ease of planing).

In a perfect world we’d follow the above.
But then we’d also have nice clear boards, with nice straight grain. 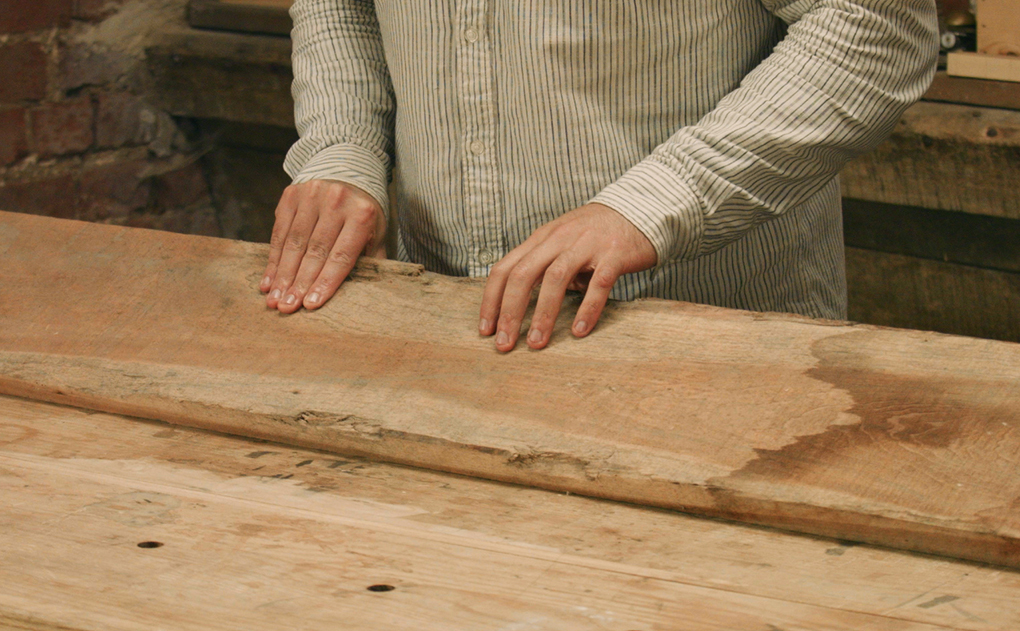 Rarely is anything perfect.

With the glue up in question, I was dealing with some cherry boards that were gnarly, sappy, and belonged on the scrap pile.

Grain direction barely occurred to me, as I tried to salvage something that would pass off as acceptable, visually.
I didn’t even alternate the growth rings. I couldn’t, I had no choice.

Since every job is different, here’s a few thoughts on how, why and when I’ll layout boards for a glue up.

If stability is going to be important then I make sure that the growth rings are alternating.

Boards want to cup as they loose moisture.
The amount they move varies a lot.

So if you have wide boards with obvious growth rings, alternating them will be very effective in keeping the glued up board flat throughout its life.

Surprisingly though, many designs will do a good job at holding a board flat without this.

Carcase sides that are dovetailed,
A framed panel,
A top secured down to a wide frame.

These will struggle to move if they wanted to.

But what if your board is not fully supported?
Let’s say a chest lid hinged along one edge, or a stool or table top with legs shoved straight in to it.

In these examples the board is pretty much free to move.
So alternating the growth rings will certainly help to minimise the cupping over time, and in that case I’d prioritise it when planning my glue up.

This thin top is secured to a very rigid base with buttons. This will help to minimise cupping of the top.

In our Hall Table, it’s not a top that’s being held by a single point.
It’s fixed to a frame using buttons.

This is an ideal situation that gives flexibility for the timber, whilst also holding it firmly down.
The frame will hold it flat here.

So with a top like this I go with what looks prettiest instead. After all, it is probably a focal piece.

Often the inside of a board is very different to the outside visually.
By alternating the growth rings you’re likely to get a problem with colour matching. 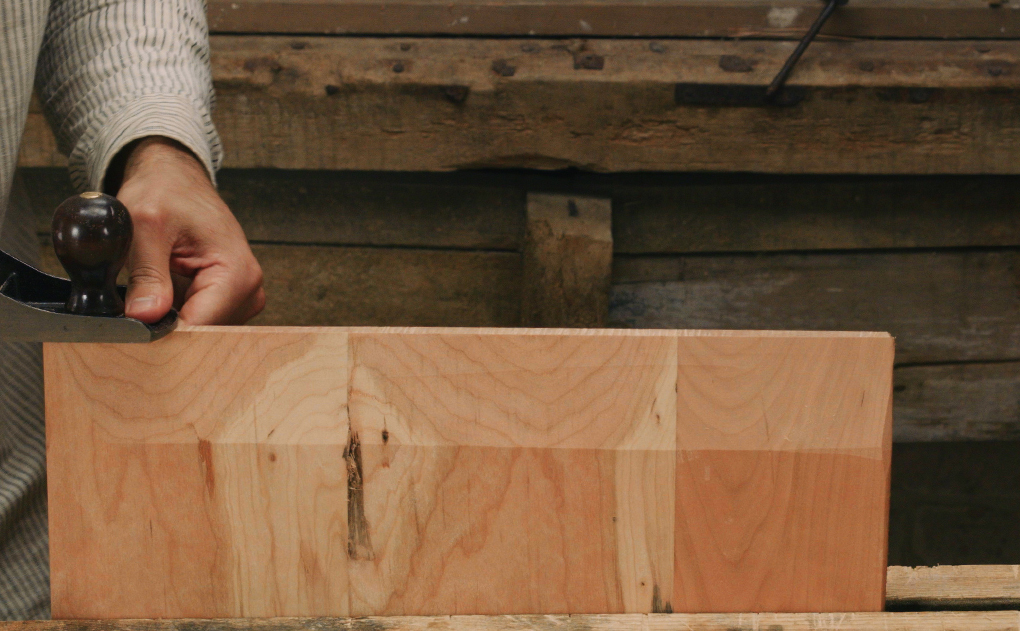 You can see the growth ring aren’t alternated in this top. And this has allowed me to hide all of that sap wood, along with some other undesirables on the underside.

So what about the grain direction?

The idea of making sure that the grain runs in the same direction when gluing boards together is certainly sound.
It’ll make it easier to plane up and avoid nasty tear out and such.

The trouble is though, even in one board the grain’s going to come back at you at some point.
On the face of a wide board you’ll often find that on one half of the board’s width the grain is going one way, and on the other it’s going the opposite.
Because trees have twist in them as they grow.

When you’ve got a top to glue up out of two, maybe three wide boards, the chances are that you’ll have some alternating grain to deal with however they’re laid out.

You can certainly optimise, but altering the layout when there’s only a small number of boards can make a big impact visually.

Again, I would say with a top like this, go with what looks prettiest.

Because ultimately, it’s our job as craftsman to work the wood and make it look its best.
Not let the wood work us.

Your approach to planing can minimise any deep ragging out.
And when setting up for smoothing, I can plane in any direction, without tear.
That’s all about getting the plane set up right. 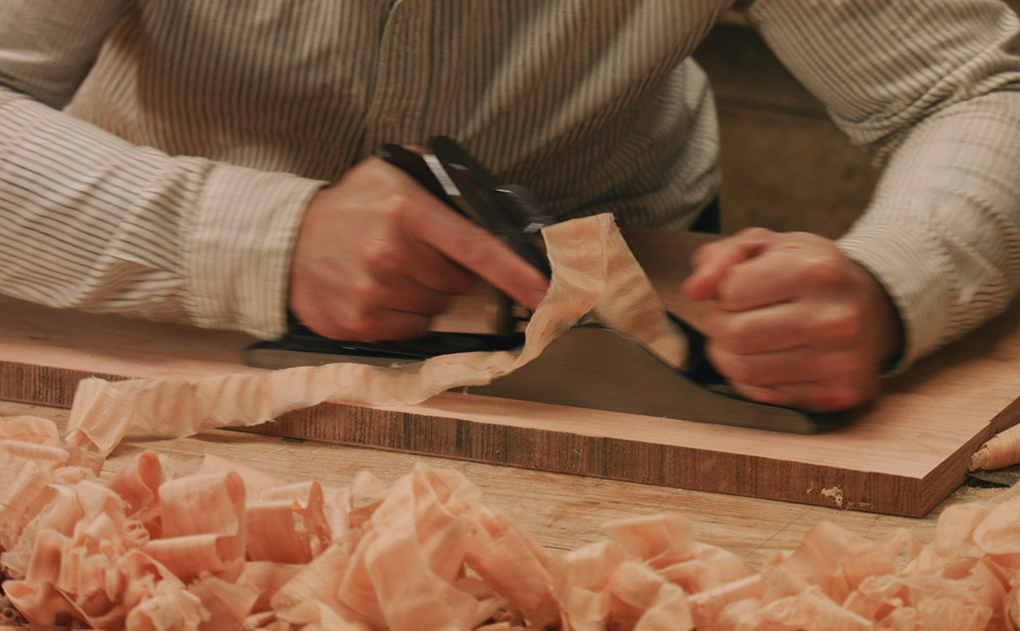 A well set up, and sharpened plane will deal with any nasty tear-out. Even if the grain runs in opposing directions.

When Ease of Work Comes First.

There are builds when it makes a lot of sense to ensure the grain all runs in the same direction.

When I built workbenches I was deliberately over the top with my wood selection.

I made sure I had plenty to pick through so that matching colours wasn’t difficult. If I came across a laminate I didn’t like it got demoted it to a different project.
Because the workbenches had to be perfect.

If a top was laminated I always tried to get as much of the grain running in one direction as possible.

This is preferable and much more beneficial when there’s a large number of narrow edges to be planed, rather than the wide faces. 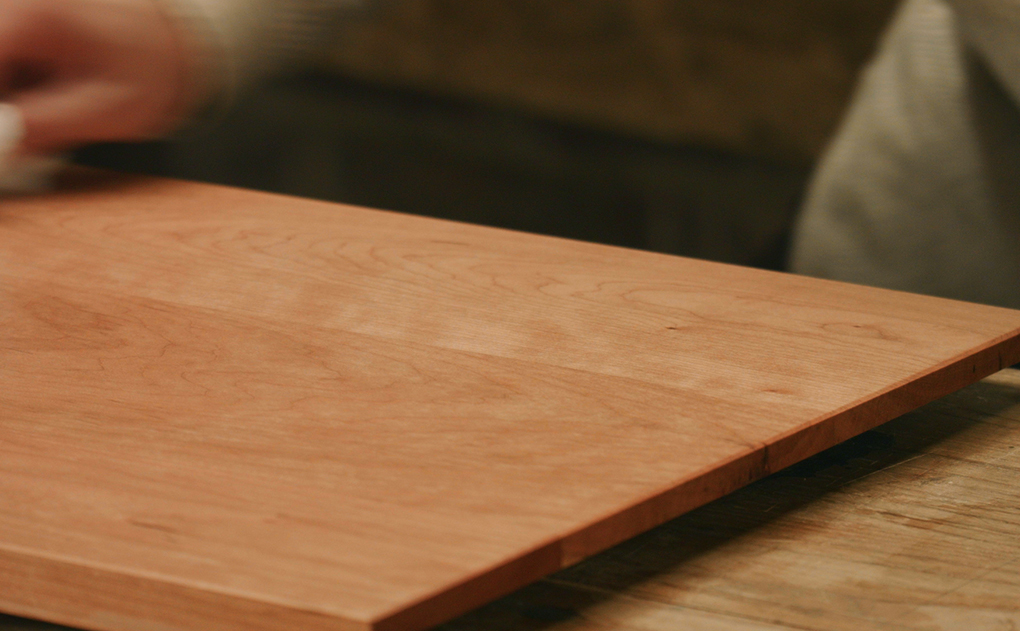 Ready for your next glue up?

If you can give thought to all three of these aspects when gluing up boards, then you’re laughing.

But I find that in some builds prettiness wins, sometimes you’ve got to optimise for stability.

Ignore the text books, and let the job in hand tell you.

P.S Our Hall Table Video Series has completed today.
We’ve been thrilled with your response, thank you to everyone who’s watched along.
The details for this Series have been updated, and you can learn all about it here. 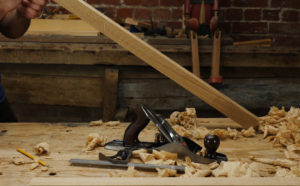 Removing Twist, Or Creating It? 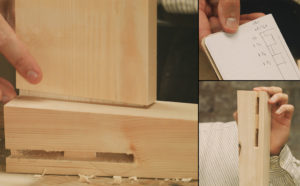 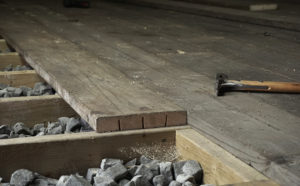