For most of you time is not money when it comes to your workshop.
But I will always stand by my belief that it could be.

Small scale furniture making can be a profitable business, and as crazy as it sounds hand tools are the key. Single maker, small workshop, minimal tools. It’s perfect for low overheads. 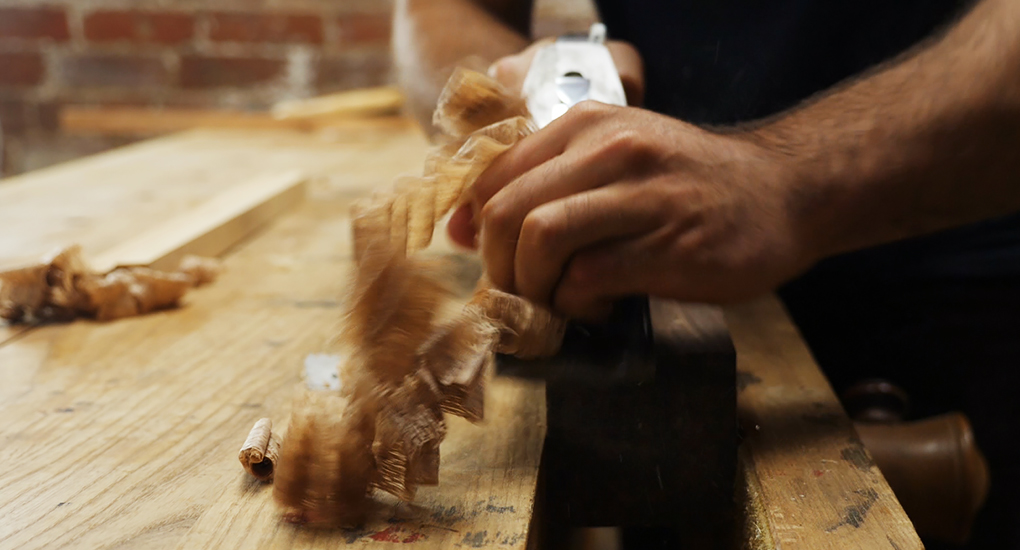 Building for profit isn’t about showing off, you won’t be building to the best of your technical ability.
Instead you’ll be challenging your understanding of how to build most productively.

Most of us think we can do more in a day than is actually possible. I know I do.
And we assume it’ll be much quicker the next time around.
But in the hand tool workshop efficiency doesn’t come from years of practice, shaving off a second here and a second there. Or this three minute dovetail nonsense.

Of course we all get quicker for doing, but the real gains come from being clever rather than being repetitive.

By following the same technique for years your work will definitely speed up.
But by changing the technique itself you could become twice as fast almost immediately.

A jig can take minutes to make and save time when marking repeatedly.

If you’re flattening a board for example, then don’t aim to take shavings faster, just take less of them. You need to make every shaving count.

You might invest a little time in a jig, to save a lot of time on repeat tasks.

Or have areas in your work that are deliberately scruffy, because you know they won’t be seen.

Of all of the clever time savings, the most important is choosing the right piece to build.

From Concept To Production

When I’m weighing up a new project, I’ve already built it in my head three times before worrying what it looks like. This is a process that I go through instinctively, because I’m bred to make this into a living. I’ve got to think, how am I going to sell this? How will I make any money? 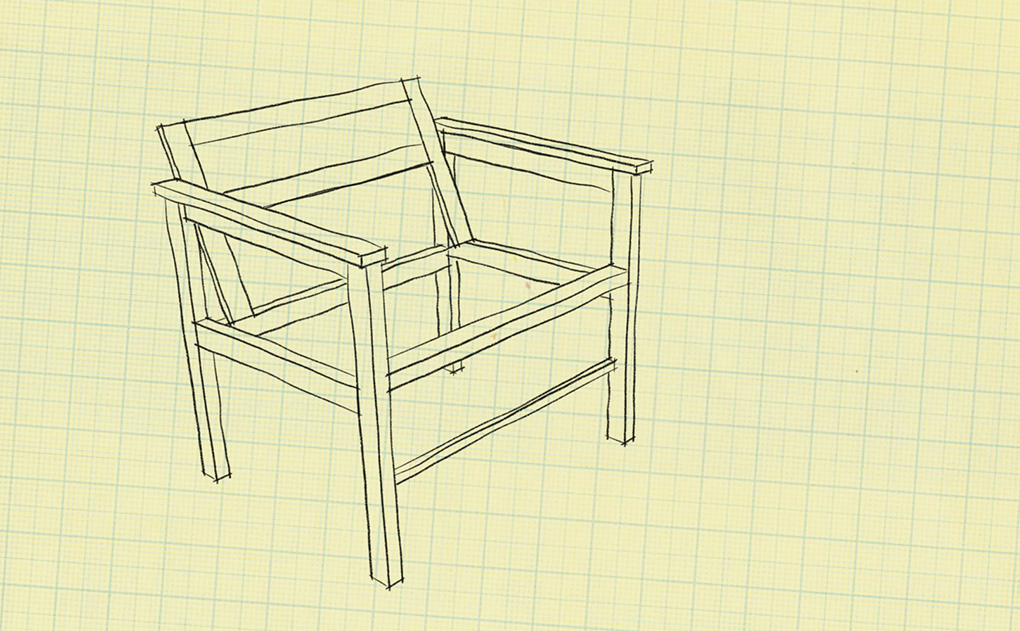 The initial chair design would take too long to build to be offered for anything close to a sensible sales price.

A good example was our concept chair design.
On building the first prototype I knew that chair would need to be sold for far more than would be reasonable to charge. Yet after a bit of a redesign I could easily have halved the price, and could probably turn them out one a day.

For the customer, there was no noticeable difference to the value, in fact I think the faster build makes for the more saleable chair visually.

This stuff is often missed when a student is learning.
It’s not uncommon for them to build an over the top masterpiece, but that doesn’t prove at all that they could make a living.

If I was judging a student’s work, it wouldn’t be the tightest joint that I’d look for, but whether they’d figured out how to make their time count.

Efficiencies at the design stage might start with materials.
Are you using more wood than necessary? Have you picked a section size that requires a half inch removing from the thickness, when you could just be skimming your boards up?

Then consider if any complex areas could be simplified.
Do you understand your woodworking well enough to maintain strength but build it in half the time?

The design was simplified to become a much more efficient build. That one’s a prototype – just a bunch of sticks screwed together, so you may need a bit of imagination.

With our chair one of the considerations I had was glue squeeze out.
We had an arm rest joined on top of the each chair side, and I knew cleaning up that dried glue would slow things right down.
I thought through a few options and came up with a work order that would give the best speed. Then in the end I scrapped the arm rests altogether.
I reoriented the members of the main frame to give the width I was after without needing a separate unit.

Naturally I’m always going to do the hard stuff when it gives me something in return, but I didn’t think these handrails were working hard enough for the extra morning’s work they’d take.

It’s been an odd feeling launching this Chair Build without an actual chair to show you.
Instead you got a chap in a messy workshop, a blocky sketch and the temptation of the word ‘commode’.

We are so grateful that so many of you took a punt with this right from the off. It’s been a huge drive for both of us.
I’m still feeling like one knackers hanging out when we publish images of a prototype, but I’m back in my comfort zone this week as I’m cracking on with the main build.
We keep this page updated as we add new content to the Series, so you can have a check and see where we’re up to.

« Choosing The Best Face Vice
Which Hand Tools Do I Need To Get Started? »