Watch The Full Video in our Members’ Site.

It’s available to all For FREE!

So… Why Build Your Own Wooden Plane?

When you can get a smashing Stanley No 5 for about thirty five quid, why hassle yourself making a wooden plane?

And metal jointers get expensive (for the good ones). And they often will need a fair bit of awkward work to make serviceable.

The No 5 is the sweet spot.

Anything else? Well unless your willing to spend, it’s easier to just make one.

And if it’s not about the money, then perhaps you simply like the idea of working with your own handiwork.

There’s lots of people who want to get into wooden planes, but they’re often faced with one big problem.

New ones cost a bomb (unless you go for an ECE).

So rather than spending, you could be sensible, and get that old thing that’s been laying around your workshop for the last decade going again.

Or get a cheap Ebay special.

Then you’ll spend a weekend in restoration mode, give it a go…
…and come to the conclusion that wooden planes aren’t the tool for you.

I say this a lot, but I’ll say it again.

The vast majority of wooden planes out there, I would not be able to set.

Restoring a wooden plane takes almost as much skill as making one in the first place.
And I regard traditional plane making as a top end skill. It’s an art.

All the traditional woodies that are in service in my workshop have been given to me, mostly from my Grandad when I was a very young man.
They were never out of service. My old tools are not restored.

Learning to set a wooden plane that’s out of shape isn’t going to work. It’s not you, it’s the tool.

So whether you’re looking to build because you’re in need of a serviceable tool, or just seeking the thrill or using one you’ve built yourself, our Plane Build Mini Series covers the build from start to finish, and also has an additional video to talk you through the steps for setting your new tool to put it in action.

The Design Of Our Wooden Plane

I designed this plane to get people over the frustration of wooden planes.

I want people to succeed.

That meant going for the laminated construction with the cross pin.

This is often frowned upon compared with the traditional abutment style. But I promise, as a life long wooden plane user, they’re only looked down on because they’re easier to make.

Building in this style with the right methods will make this build fairly fool proof.

The critical areas are easy to get right, and that’s what’s going to get you a good setting plane.

The wheel is good at its job, so leave it alone.

I’ve had a slight dislike to laminated planes in the past. The reason was the fact that everyone tried to get clever.

They all just look unfunctional.
The reason the wooden hand plane looks like it does, is because that’s what’s best.

Not for looks but for function.

You can hold it with multiple grips, it’s well balanced and hardwearing, and carries enough weight to give itself a bit of momentum.
It also soaks up vibrations beautifully.

The original ‘One Hour Rough As Chuff Special’ works just as well as the fancy thing we’re making in the build video.

My recommendation is to make your first plane rough and fast.

Follow the instructions and focus on the critical areas to get a feel for how the whole thing works.

Once you’re happy, fill your boots and make your posh one.

I promise you’ll make more than one.

Being able to make a plane of any size, or for any purpose, and know it will work, is a very nice feeling.

Give yourself a few hours and now you’ll have one.

I hope that after this you’ll give wooden planes a shot.
In fact I’m certain you will.

Want to Build a Wooden Plane?

Just log in – your video awaits…
This Mini Series is available to all, completely for free.

If you’ve never ventured to the other side, then don’t worry. You can create a free account here. It’s simple.
Even I could do it!
(And there’s no credit card details or anything like that.) 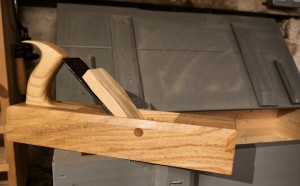 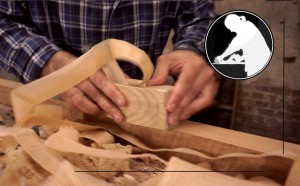 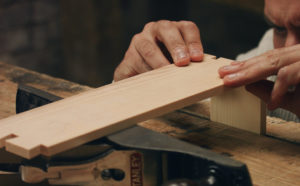 « What’s Been Simmering?
How To Set A Wooden Plane »

Ready To Build Your Plane?

This mini series is available free of charge. You”ll just need to register an email address for our Member’s area.
Create Your Free Account Now 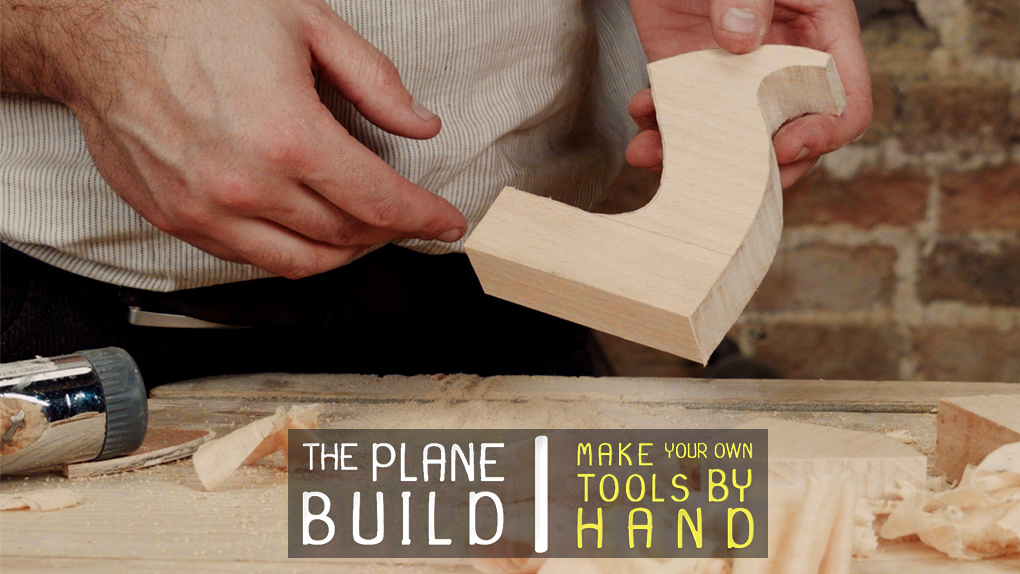