My ears picked up, I heard the distinctive click of the kettle coming off the boil.

I knew it was close, I could picture the boiling water flowing onto the tea bag, the sweet sent hitting the air.
Any minute now….

And right on queue there she was tea in hand. She put it in the usual spot, on the pillar drill. Trying not to look too eager I just responded “cheers”, making no eye contact trying to look engrossed in my work. As I heard the office door close I knew we were alone, just me and a massive mug of Yorkshire tea. 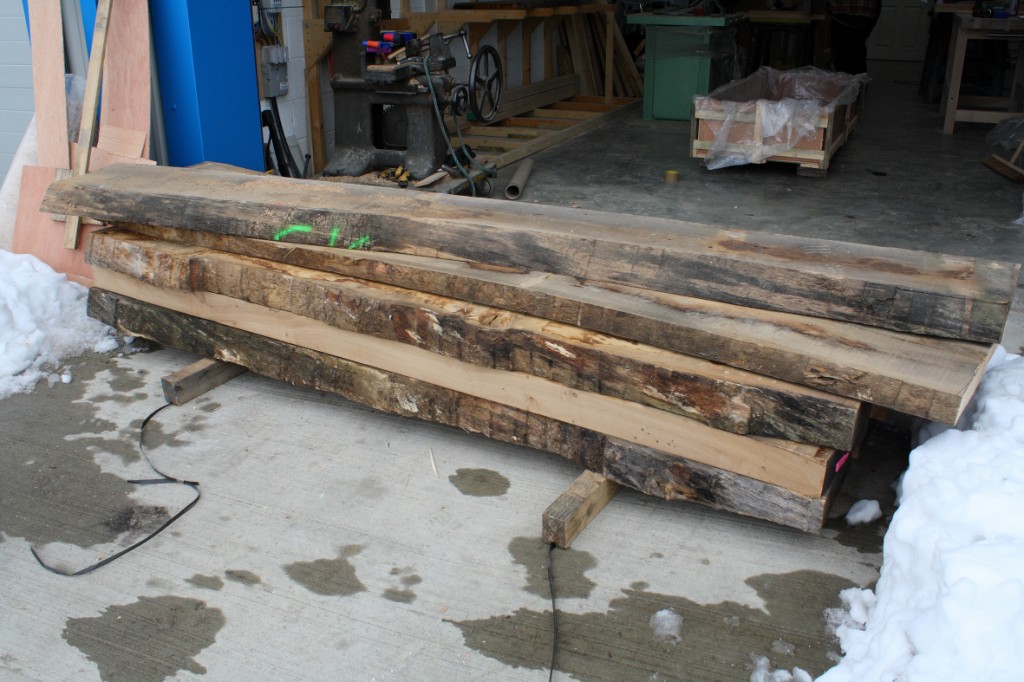 My eyes fixated on the brown mug I slowly walked towards it, time slowed down, every thing was a blur. One step at a time I closed the gap between me and that magical mug. I wrapped my hands around it, it was just the right shade of brown, I knew it was going to be a good one. I closed my eyes and took a deep breath to hear the lovely sound of a great big bloody truck’s reversing bleepers closing in on the workshop’s main door. “Fanbloodytastic” I muttered. I knew that this wasn’t just some package, I could tell by the sound of the truck that it was a bloody timber delivery. So slamming my tea back down on the drill table most of it going up my arm, I went out to help off load. Returning about half an hour later to a lute warm stagment stew of a tea…

On a Plus note though I was left with about a tonnes worth of 4” thick oak slabs for the next bench and I thought it would be a good build to kick start this blog. It was designed to a certain price so I would be employing a mixture of old and modern methods. Its going to be a French design (like most these days) and it will have a non laminated top. Its has also got to be supplied in a flat pack form but once assembled the customer is to knock the final pegs into place to make it permanent. Before any of the fun could start I had to roughly dimension all this wood, and just to add to the entertainment it was all double waney edge. I deal with a lot of waney edge timber so have developed a pretty fuss free way to work it, but even so it doesn’t detract the fact that most of these slabs weigh more than me. Luckily for me my miserable old man arrived. I could see his face from about 200 foot away, he knew what was coming. (He probably only came to nick some fire wood)

We started by laying all the wood out, so we could see every slab. My priority was to get the three least twisted ones for the top, this way I could yield the max thickness. To remove the waney edge I screwed a baton down the length of the oak so that it just overhung one side and tried to get it as parallel to the grain as possible. I made sure that the baton was longer than the oak and that it was firmly fixed. The purpose of the baton was to act as a straight edge to run along the fence on the rip saw and  remove the first waney edge. Once the first edge was straight I could run the freshly sawn edge against the fence to remove the other. If the oak had been thinner then I may have considered using a circular saw or hand saw, but as most of this stock was 4” plus it wouldn’t have been the most effective way. Once I’d straighten up all of the pieces I faced and edged them and banged them through the thicknesser. By this point I was pretty sure that it must have been time for another brew.
I left all of the timber in the workshop to sit ready for truing up with a hand plane as and when I needed each piece.

Read The Next Part 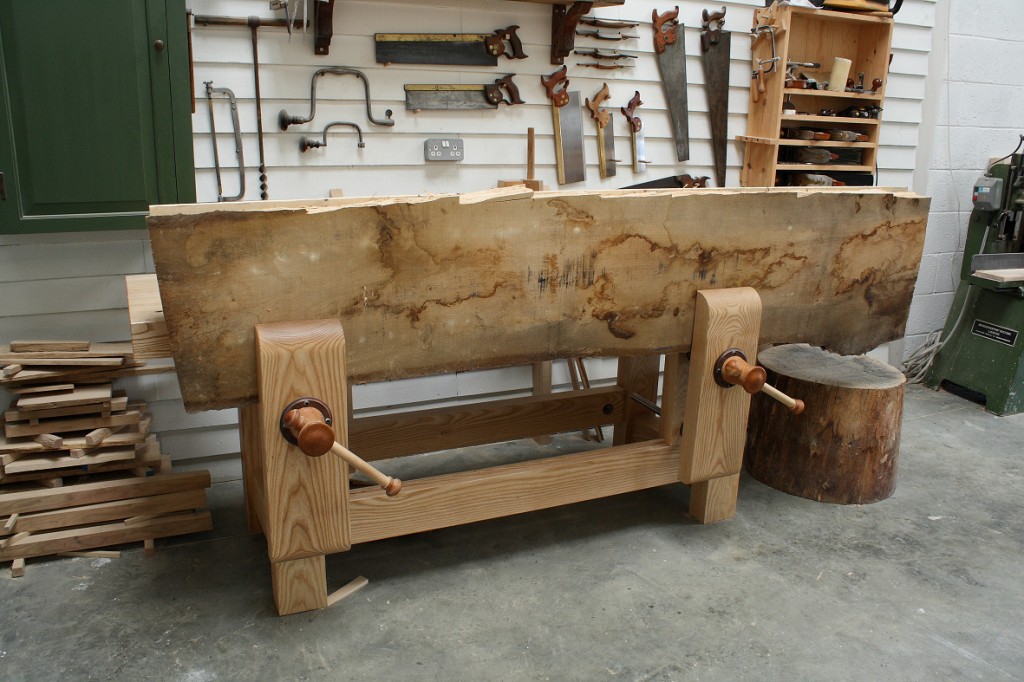 « Welcome to the English Woodworker.com!
A Hateful Day! »