The top is made up of three slabs which meant there was only two joints to worry about but because these are wide slabs there wasn’t any room for sloppiness.  If I’d tried to just clamp poor edge joints together on sections this large then the joint would be guaranteed to fail so I needed to take my time and get these right. I laid the top out and pulled the sections up tight together to identify where work was needed. One joint wasn’t too bad… the other shocking… I decided to start out on the hard one. I just happened to be using the perfect workbench for this job at the time; a big eight footer with a second sliding leg vice. Once I’d man handled the wood in to the vices I could get to work, of course I couldn’t just plane willy nilly and  expect to come up trumps. As I worked I was checking for three things, that the edge was straight, square and free from twist. Once I was happy that I had each joining edge the best I could by eye I laid the top back out and pulled the joints up tight… they were almost there, just a few little gaps but barely a fag paper’s. 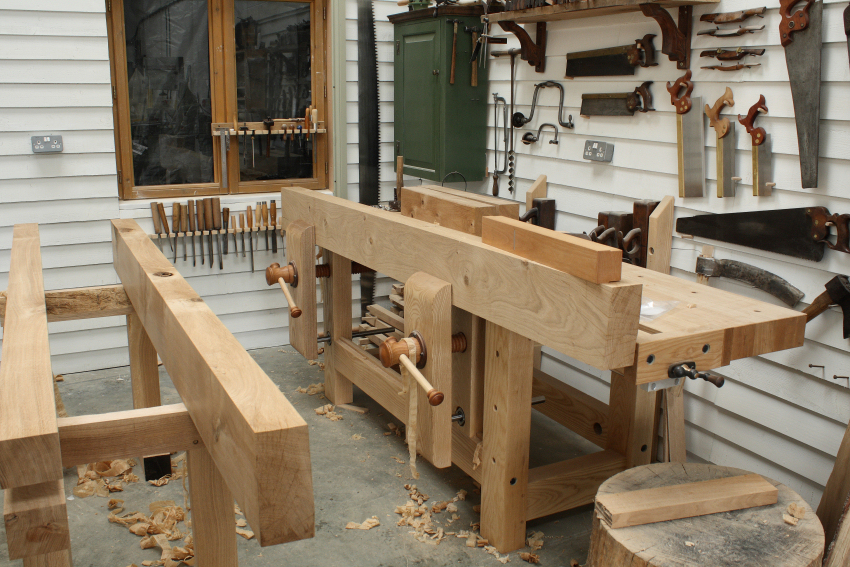 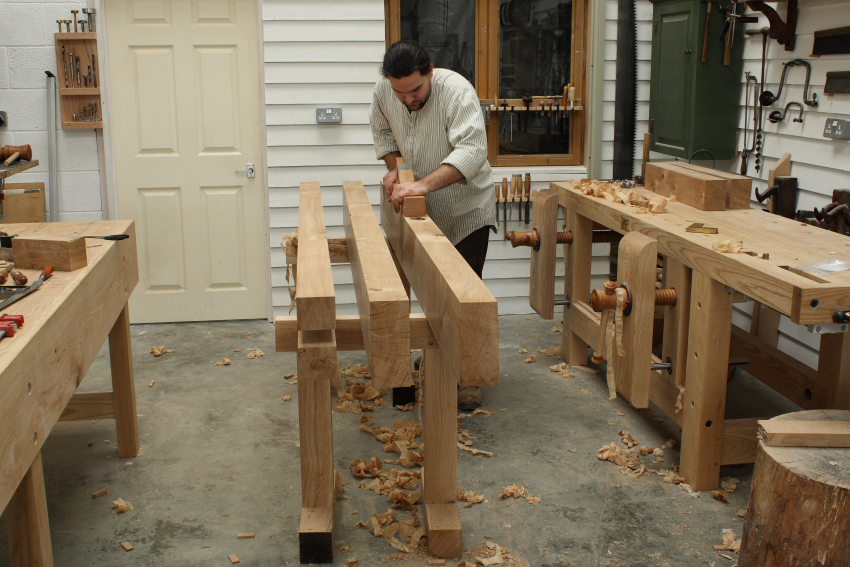 Rather than lugging each slab back to the workbench I tipped them on edge where they were and did the final fine tuning, checking constantly on my progress by pulling the joint together.

If you want your workbench to last forever then it makes sense not to rely solely on glue and instead try to ensure that every joint has a mechanical fixing as well. The top should be no exception and one of the main advantages of a slab based top is that there is plenty of opportunity to reinforce with massive pegged tenons. Four in each joint ought to do it. I made a start by marking the mortices out spacing them evenly by eye and then got to work with a brace and bit. There is no easy way of doing this so I bored out as much as possible and then cleared the edges with a chisel. A few sweaty hours later and I was ready to make some loose tenons, the quickest way was to rive them out of a billet of oak and plane them down to size leaving a nice tight fit. 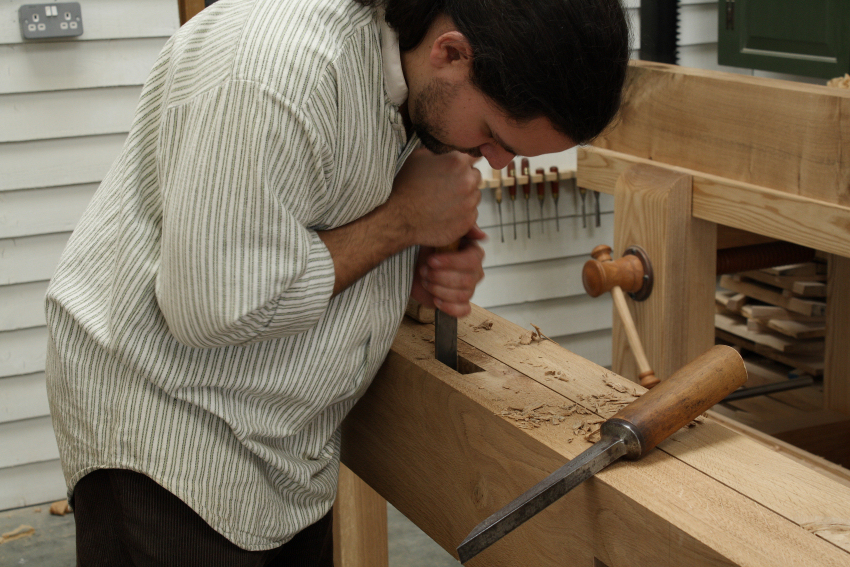 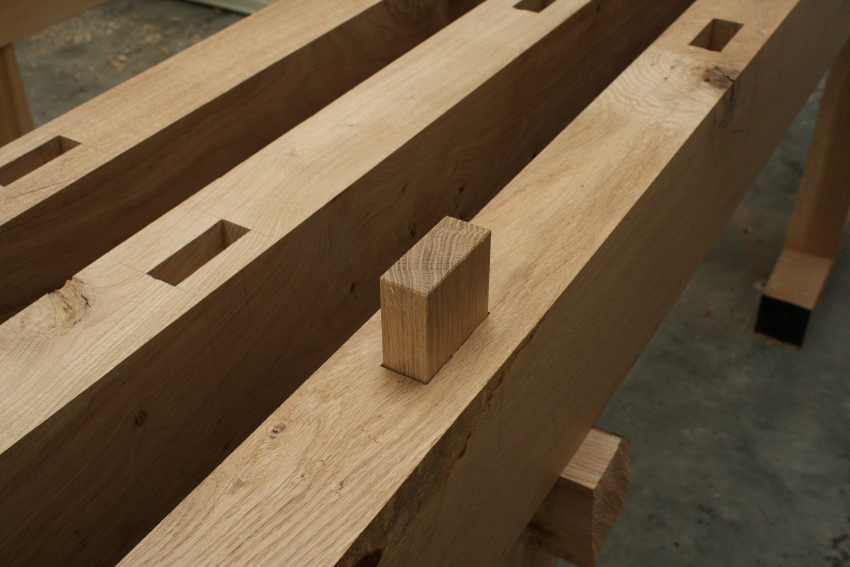 After giving everything one last check I was ready to glue the top up. I put plenty of glue in to all of the mortices and rolled it on to every edge of the top before knocking in the tenons and then stacking the slabs up – they were a pretty tight fit so having a lump hammer kicking about was recommended. I fitted plenty of clamps evenly along the length and after nipping them up nice and tight I left the glue to cure for 24 hours.

Read The Next Part Of The Build 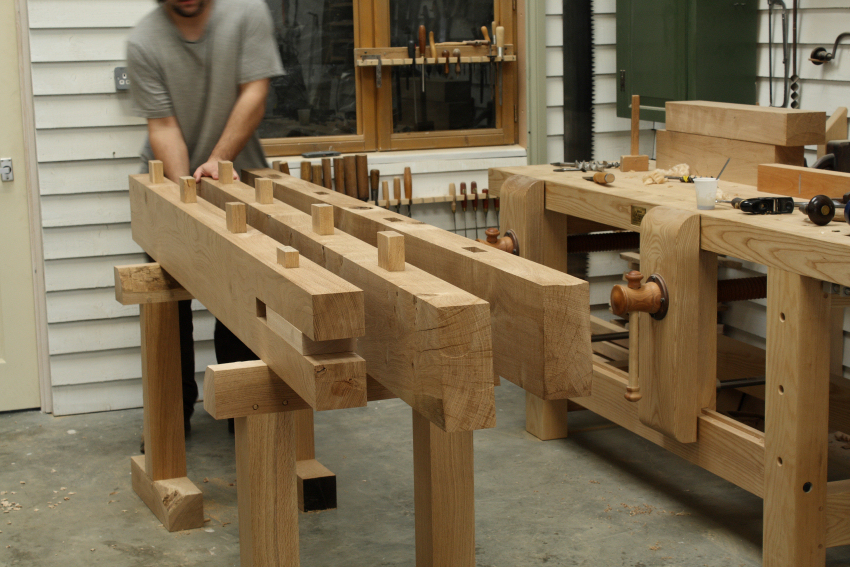 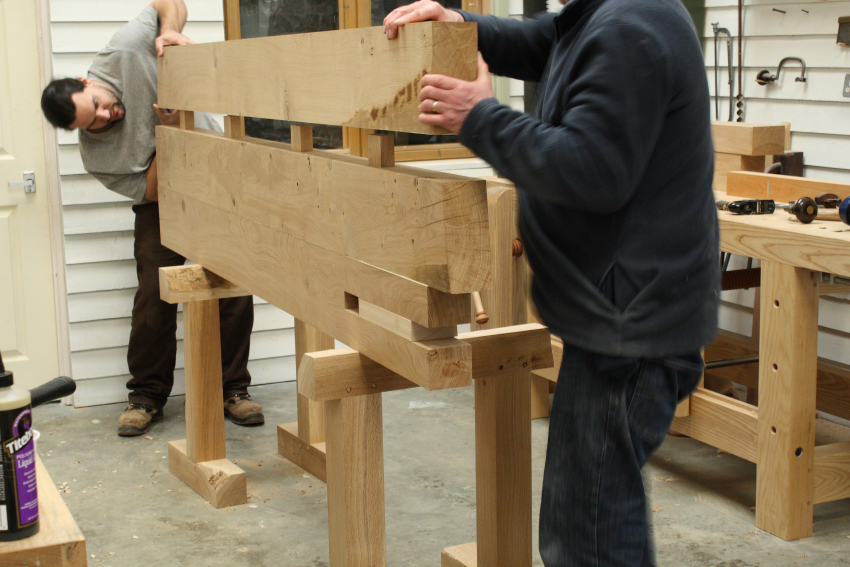 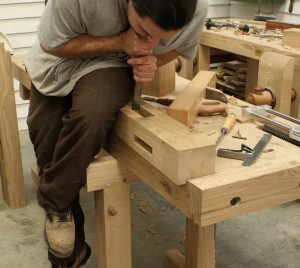 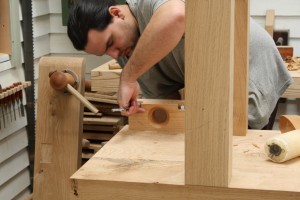 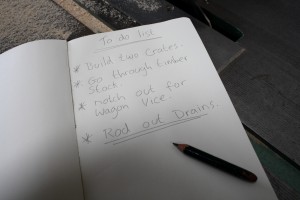