In my opinion the leg vice is the finest vice ever invented but I know that many people will disagree with me and much prefer the familiarity of say a good old ‘Record’ type face vice. There are many reasons that I favour the leg vice; it has an excellent capacity, won’t rack and can exert tremendous pressure on to your work due to the pivot point down near its base. Another reason is quite the opposite of what people tend to think and that is that it’s so quick and simple to use. Since its beginning there have been many guises for the method used to keep the jaw parallel and well known variants include the parallel guide and St Peter’s Cross, each with its own strengths and weaknesses. The parallel guide requires a pin to be positioned and repositioned with different thicknesses being clamped and the low down position of this can be a real inconvenience, the perception of it seems to be a bigger problem than it really is though. The St Peter’s Cross on the other hand is pin less and therefore simpler to use but its lack of a pivot point means that the strength of the screw is exerted on to the mechanism as well so whilst it can bite well in the jaw the screw has to endure a lot more strain than if a pin were used. 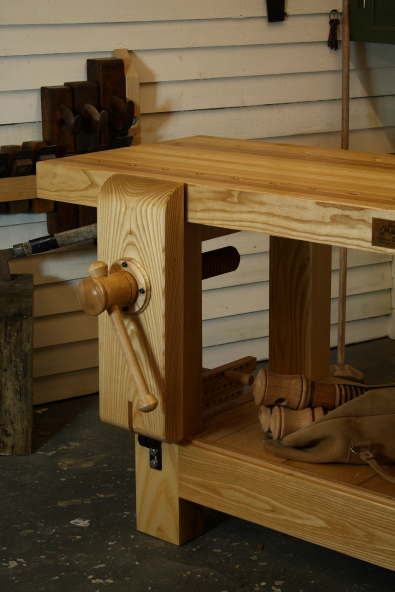 As previously mentioned we’ve been working on both a St Peter’s Cross and a Shaft System version of the leg vice to enable a pin less system to be incorporated in to my workbenches. These have been available for sale as well but not officially because as there is only the two of us we try to work to a pace we can manage well (when we launched our wagon vice last year we experienced a few delays and didn’t want a repeat of this!). After hundreds of hours of testing and abuse it’s the shaft system that’s come up favourably for my workbenches and so this is the one that we will be making available for sale . There’s something mechanically satisfying about the Cross however due to how incredibly well the shaft system has come out it doesn’t feel necessary to continue with both versions.  I’ve found it somewhat tricky to fit a substantial Cross within various heights of workbench without it interfering with the joinery and considering the simplicity of the Shaft the Cross feels very over engineered and clumsy in comparison. The point that really turned me though is how little pressure is needed to clamp using the Shaft whilst the Cross doesn’t seem to transfer the power so well and so it just doesn‘t feel like a leg vice.

My Shaft System was designed originally as a guide within the horizontal face vices but after playing around with the St Peter’s Cross it struck me that this could also make a good alternative for the leg vice. A technique that is less commonly seen than the parallel guide is featured in the workbench below and uses a simple wooden rod that bears within a hole through the bench leg. The tight fit of the hole would prevent too much play out of parallel and it probably worked rather like a holdfast when the vice was tighten with the rod twisting slightly to lock it in place and create a pivot. The simplicity of this design must have been its strength as I see it far more often in old workbenches than the more complex St Peter’s Cross but overtime of course wear would have affected the performance and an amendment may have been needed (see the nail added in this example).

Update: At the present time we’re not building any workbenches or vices for sale, however we have many resources on this website that will help guide you with your own workbench build.

Our English Workbench Video Series takes you step by step through a traditional bench build, starting out with a discussion on choosing the ideal dimensions, demonstrations of how to cut the joinery, right through to flattening your workbench top and building the face vice from scratch.

If you’d like us to guide you through your build with detailed videos and PDF plans, then you can find full details for this Workbench Series here. 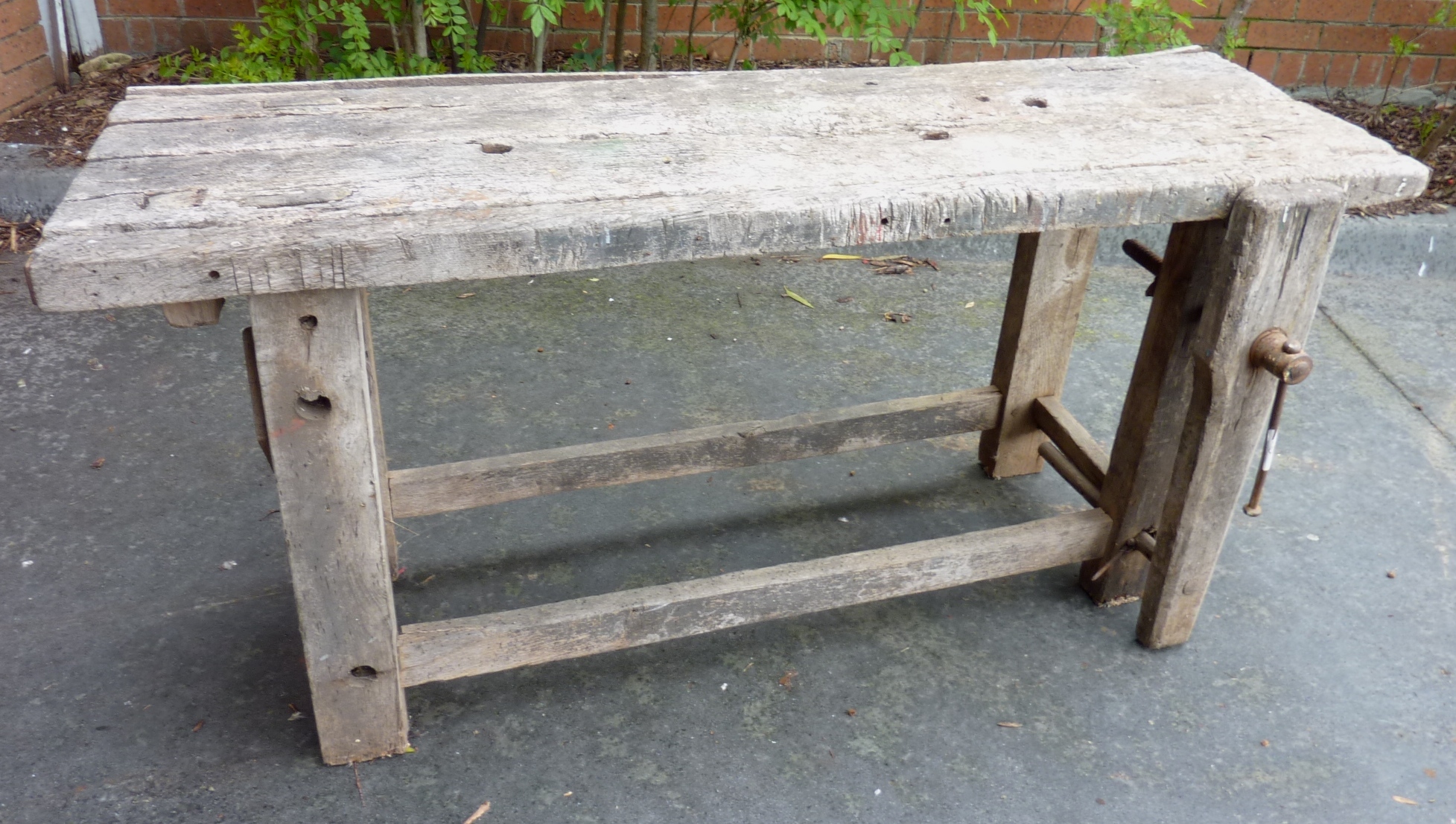 I had this wooden rod in mind when I decided to experiment with the shaft for a leg vice and the main challenge that I set myself was trying to create a kind of pivot point at the base rather than just making the vice pin less.  Unlike the old wooden rods there’s no problem with wear on the shaft or the hole as the steel components used are designed to bear on each other indefinitely and the tight tolerances and heavy weight of the parts meant there was no extra play either so getting the vice to run parallel and clamp without a pin was simple, it was also a true doddle to fit!. Getting the vice to work off a pivot so it that could grip like a gorilla required a little more tweaking, take a look at the video below (please excuse the terrible quality, the camera has packed in on us so I had to resort to a phone…)

All vices will have a certain amount of slack between the thread and nut and the thread and garter and this is necessary to prevent a stiff movement. In the video the vice was very quickly set up but demonstrates the action; you should notice that when it begins to clamp the jaw kicks in as though it were going to rack but stops once it reaches parallel and this is showing the slack being taken up within the nut and garter. After that the vice only needs to be turned a fraction in order to clamp incredibly firmly and you can see how coarse and fast the wooden screw is and even so it takes only a finger’s pressure to tighten up enough to support me (all 16 stone!) This grip is down to the shaft simulating the pivot of a traditional leg vice. When not clamping the jaw is deliberately just out of parallel to allow the locking to occur and when installed the angle of the jaw is fully adjustable to allow for different threads and amounts of slack, the effect in the video is set to be over exaggerated to make it clearer. I notice that on the old wooden version the rod was also installed to be just off 90 degrees to create the same ‘holdfast’ effect. I certainly hope that we can bring out a better video of this at some point soon! 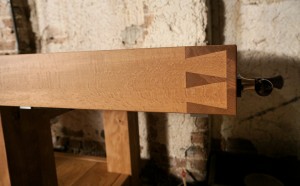 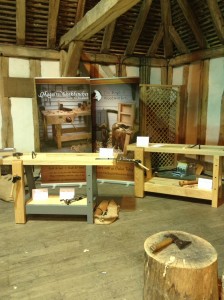 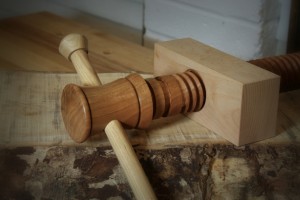 They Really Are Good!